Day 10: Not a church service

Coming together, without religion.

Yesterday I finally made it to Sunday Assembly. I’d heard about it months (or maybe even years) ago, but hadn’t made it to one of their ‘services’ yet. Billing itself as “a secular congregation that celebrates life”, Sunday Assembly models itself (without apology) on a religious service (perhaps particularly an evangelical Christian one). It brings together a group of like-minded people to celebrate life through song, sermon and splendour. But it just leaves god(s) out of the equation. 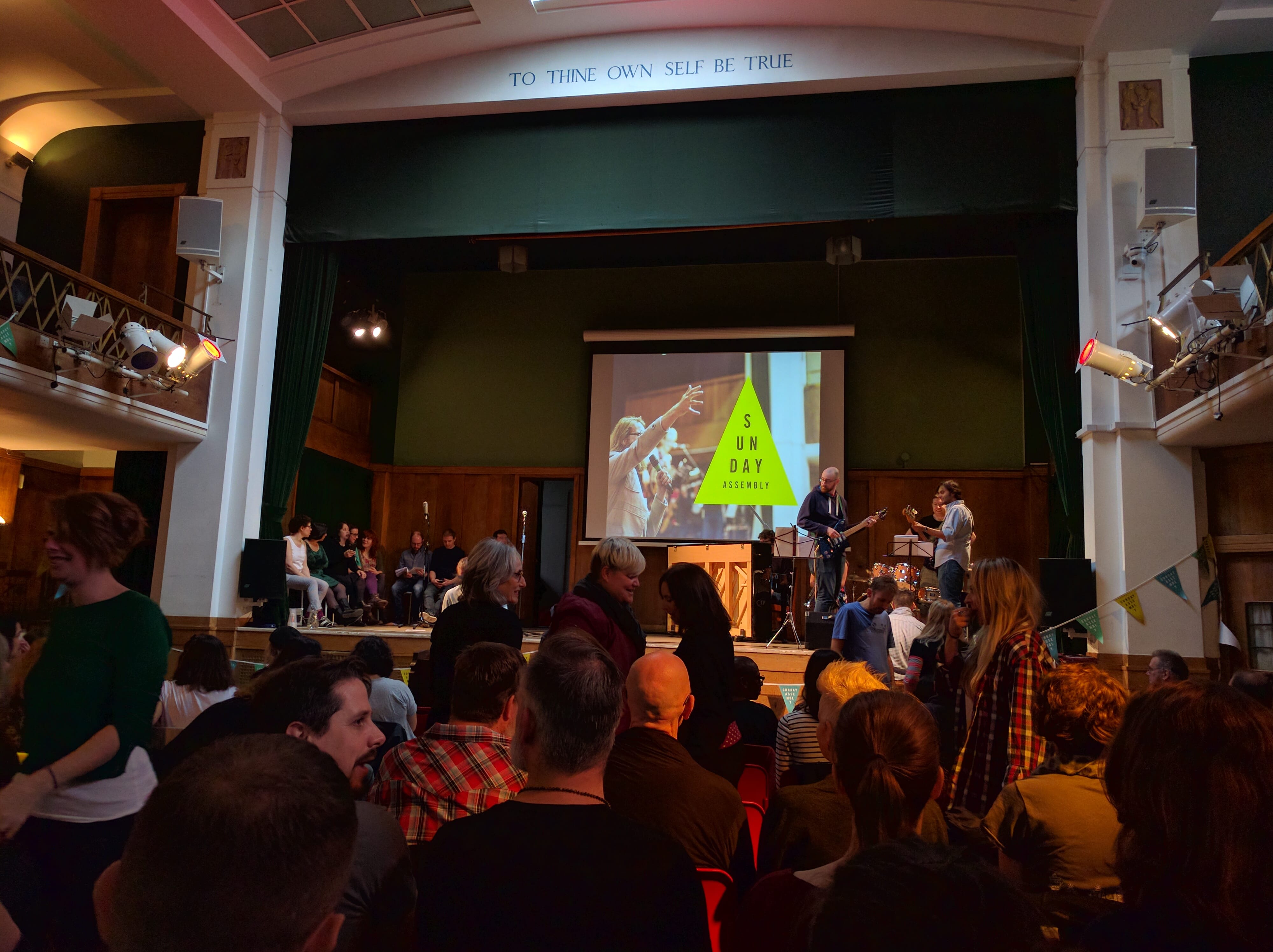 I was really welcomed in, and immediately got talking to my neighbours. Being a bit of a sucker for communal singing, it was belting out pop songs that really got me going. Some people clearly just stand there, upright, and calmly sing. Others really get into it. I’ll admit I was tapping my feet and shaking my body!

Does this count as play? Maybe not for everyone, but I’d be really interested in considering the activity of worship as play. To my mind, coming together to agree to spend a bit of time thinking in the same way, or at least giving credence to another’s way of thinking, hits many of the same notes as play, so I’d probably want to include it. Certainly more thought is needed.

The perfect church service, would be one we were almost unaware of. Our attention would have been on God. – C.S. Lewis 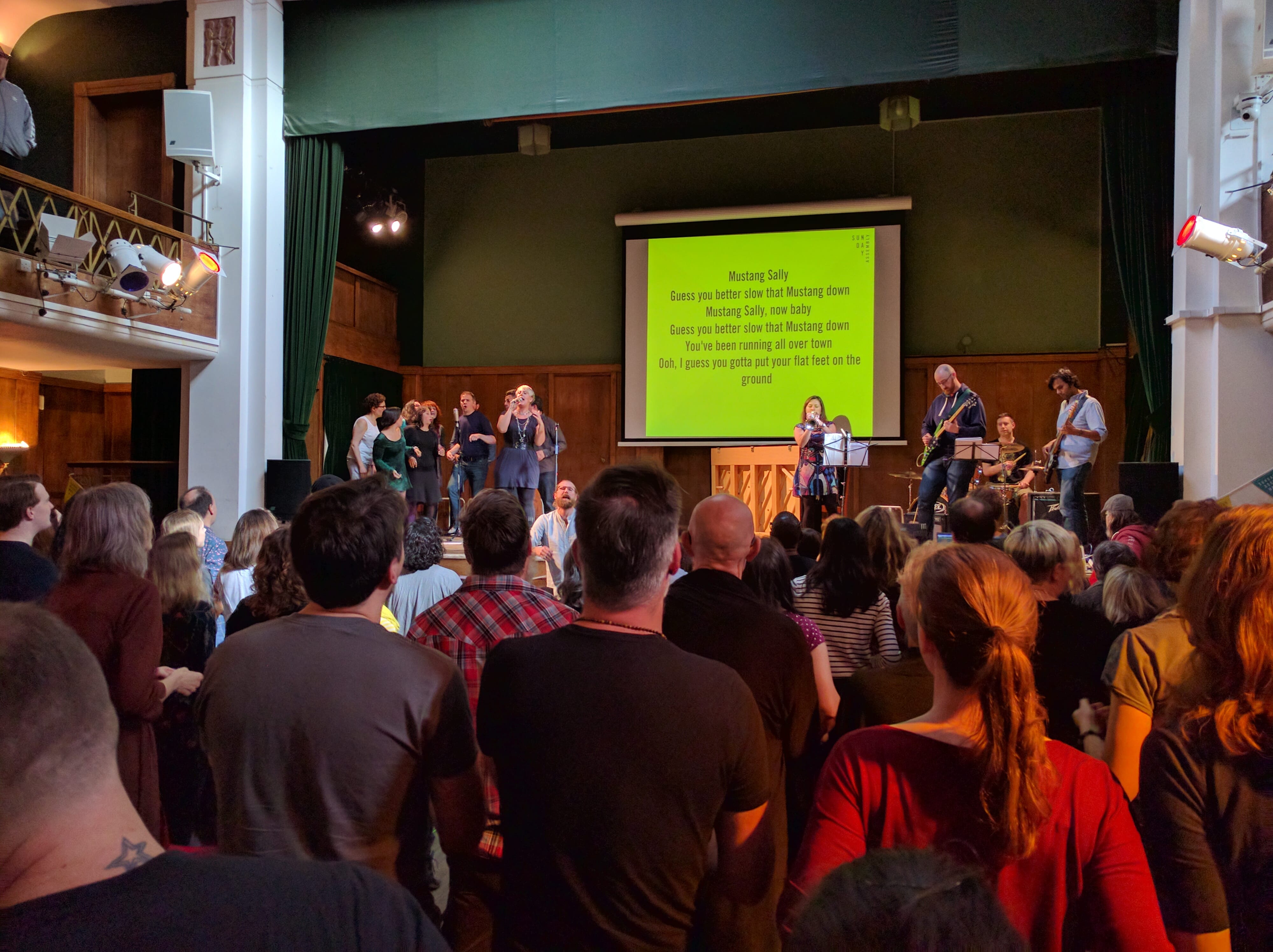 Will I go back? Definitely. It was fun, friendly, and a great way to spend a bit of time among lovely people, discussing things with a positive, benign outlook!

Aggression: Low-to-Medium (those songs got a bit feisty!)