More from Kings College London’s Arts and Humanities Festival, all around the theme of ‘Play’. And this time it’s investigating a medieval poem, Dream of the Rood, first translating it (with help!) from Old English and then interpreting it artistically. 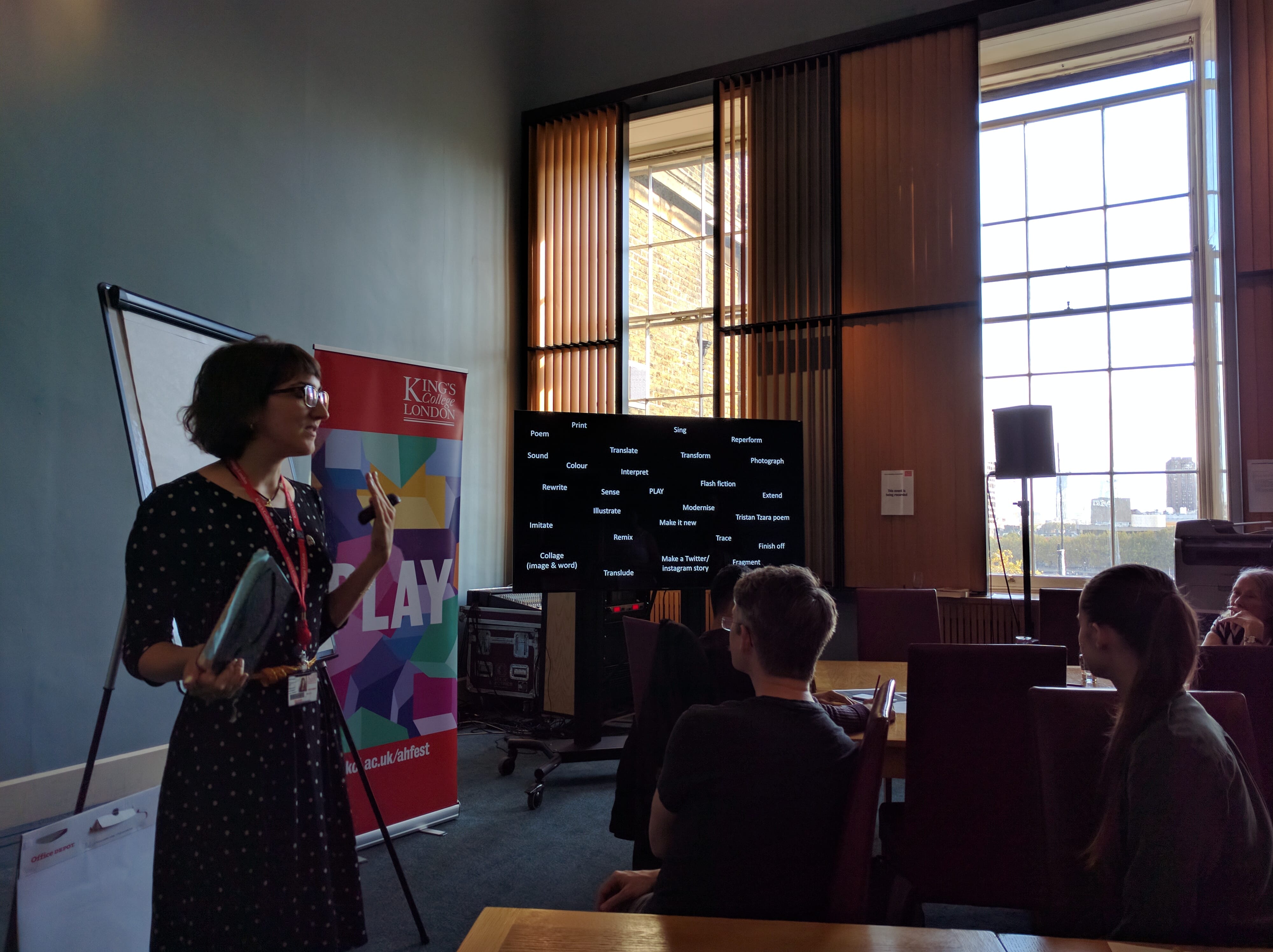 For me, this was an excuse for some excellent scissors and Pritt Stick action. Except that, of course, it wasn’t only that. It was actually really fun to delve into the poem, think about what it meant, and discuss with others the different perspectives we had about what it was on about. A very dreamy poem, it was well-open to interpretation, and that was the springboard for some very different and colourful artistic output.

For me, the central image that I took away was of a tree wrapped round in jewels. So I went for a radical interpretation of that – with the tree literally growing through some vast gems. But it was also person-like and reminiscent of Jesus, who was to be crucified on this tree. 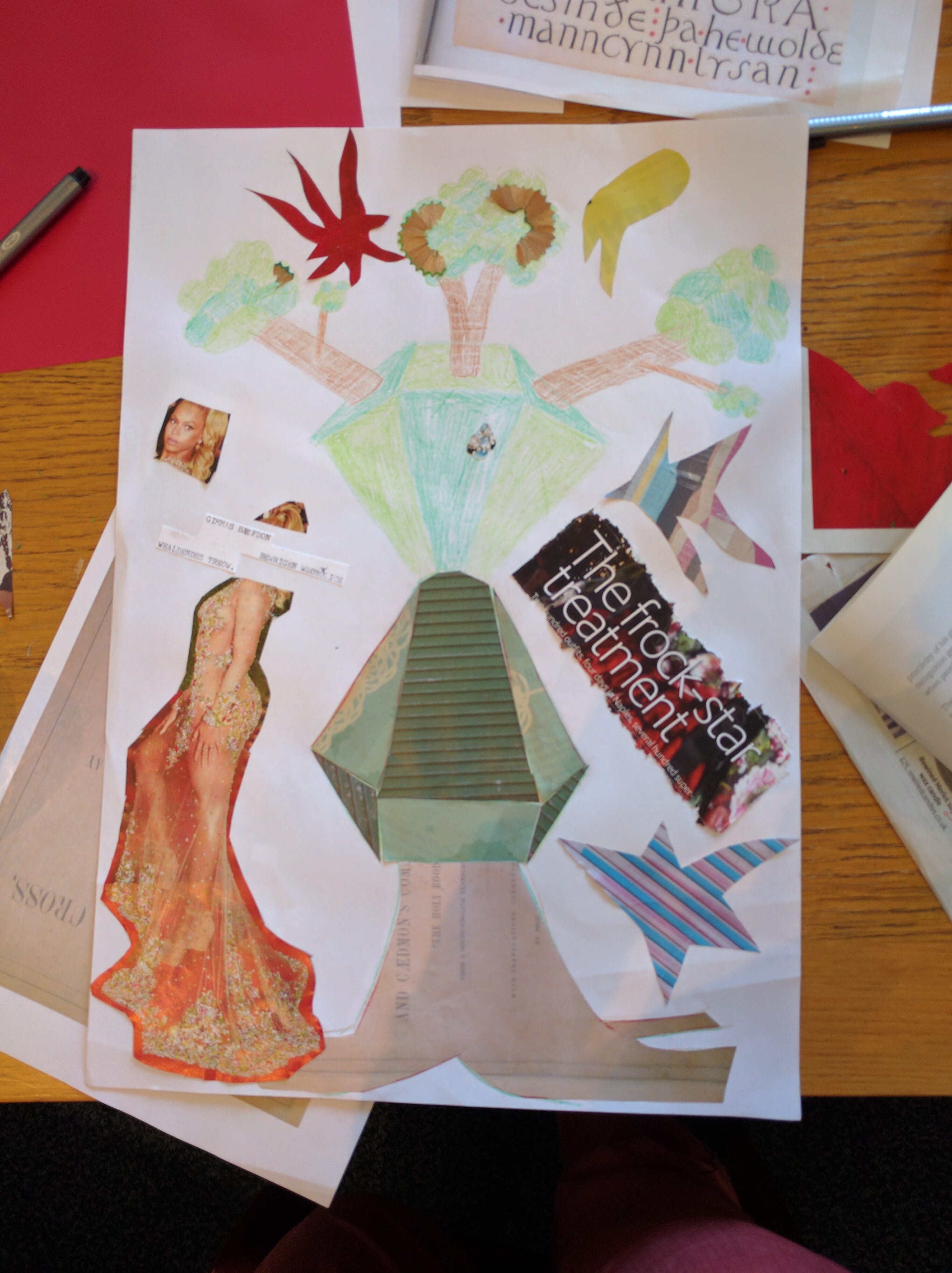 …or something – that’s at least what I was going for. But the fun of play is that it doesn’t close down avenues of understanding, but leaves them open to being viewed in a number of ways. The sheer variety of the different techniques people used for representing their myriad visions was a testament to the playful environment we crafted in!

For me, what’s so fun about collage is that, unlike drawing or painting, you tend to end up with something bold and visually pleasing no matter the level of your artistic skill. Sure, I can imagine that some people just can’t collage, but I think that would just show unwillingness. If you’re ready to roll up your sleeves and get your hands dirty (or at least sticky), you can produce something playful. 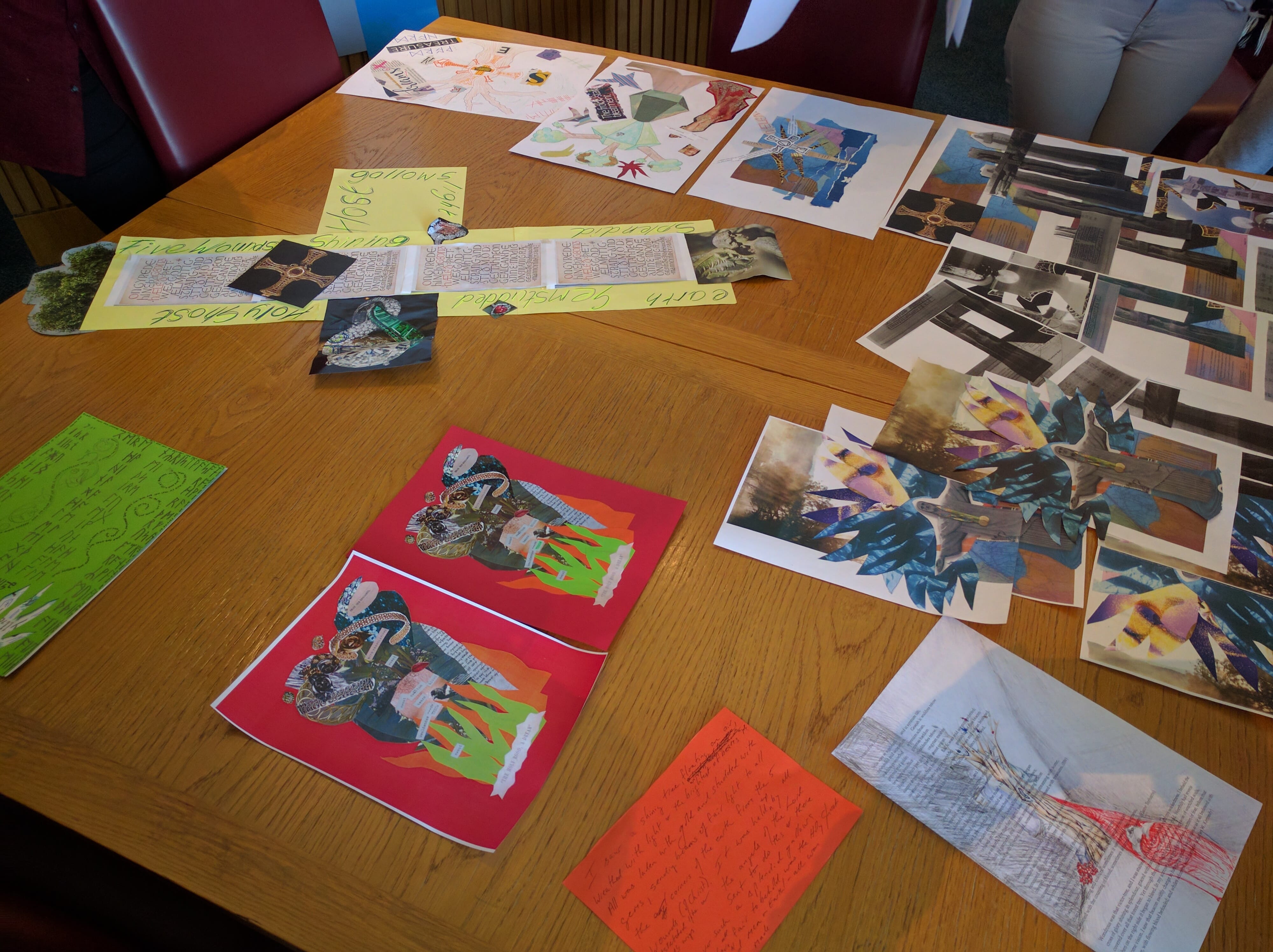 A dream collage is pictures of your goals. It is like your future photo album. – Bo Bennett