Day 58: Hunting for treasure (and/or frogs)

You’re going to be shocked to hear this, so brace yourself. On Day 58 I turned to Tom and said ‘I just can’t be bothered to play today!’. Don’t worry, I said it with that sad resignation that I knew that, out of pure stubbornness, I would actually find a way to play. I’d just resent it. I’m bloody-minded that way.

When I mentioned this to my friend James in Florida, he asked me what seems like the right question: can it still be play when it becomes work? And the truth is, I don’t think it becomes work. Play has its own gravity, and however you come to it, it can still suck you in. You might think ‘I have to play today, whether I like it or not’, but when faced with the ball-pool, you can’t help yourself but enjoy it! 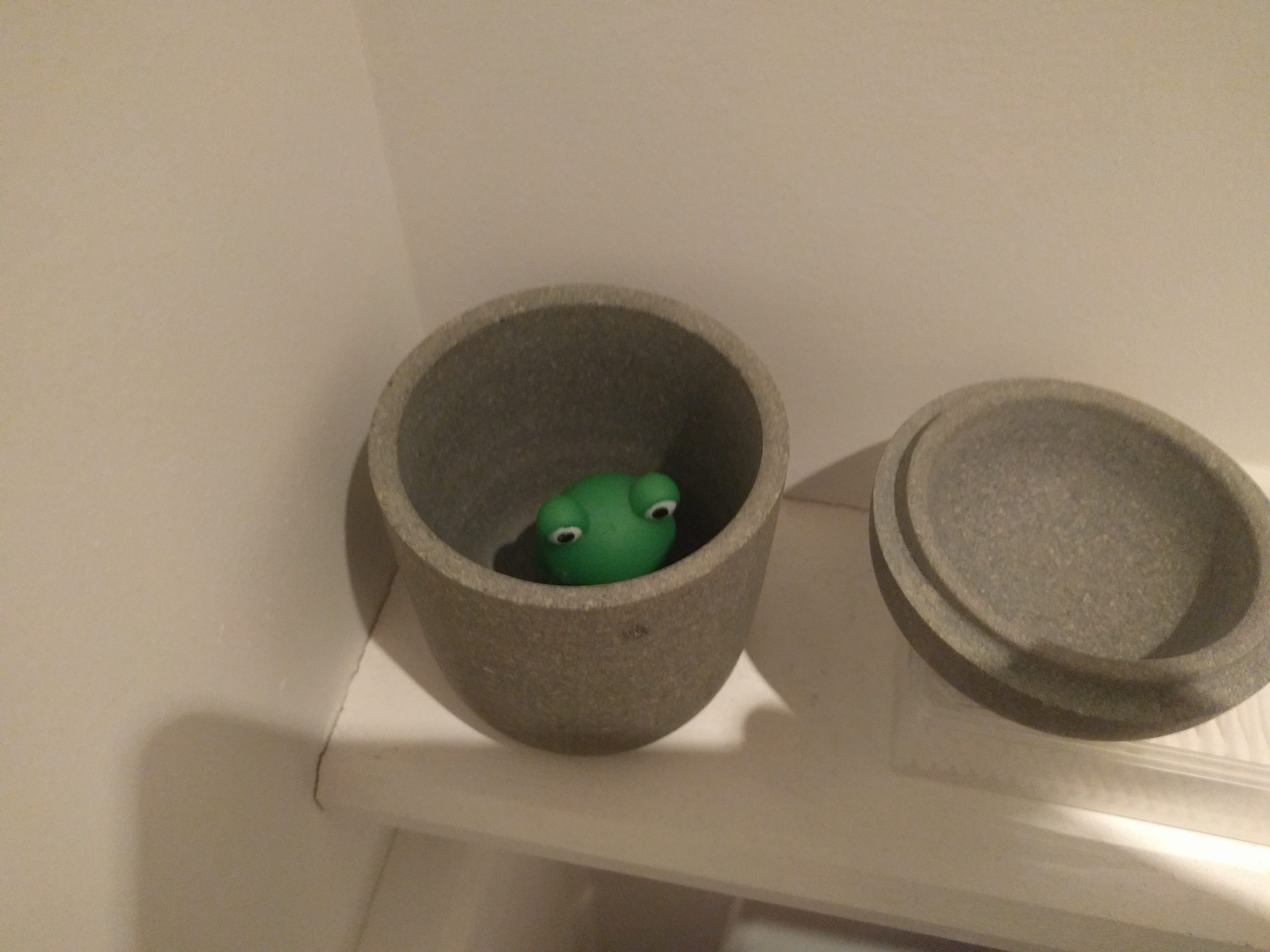 Thankfully, I didn’t even have to find play, because a little later Tom came down and said ‘Hmm, I think one of the frogs has gone missing. I think it’s hiding!’ Our house may be filled with frogs, but thankfully none of them are animate. One of the plastic / fabric / ceramic / metal frogs had been hidden, and a treasure hunt was afoot!

It turned out to be a squeezy plastic one, hiding in a stoneware pot in the bathroom. When I found it, I moved it to the cupboard, for Tom to try to find, which he did almost instantly.

Later on, going out to the shops, Tom asked me if I’d like to come. I said yes, and put my loafers on (because I didn’t have the energy to bother with laces), and he seemed very surprised. ‘I thought you’d wear those shoes’, he said pointing at my lace-ups. 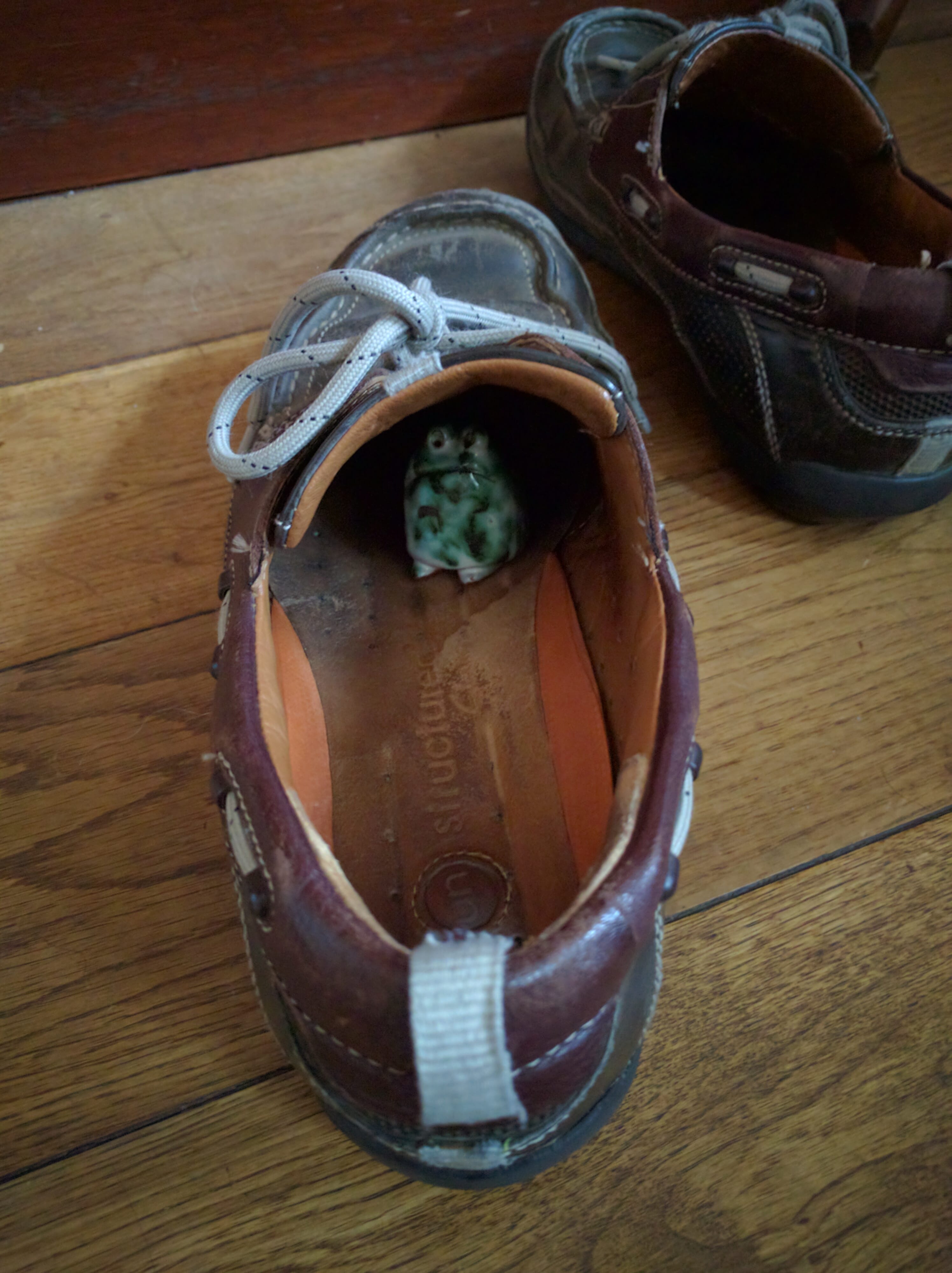 We were practically out of the house before I finally cottoned on. Another frog was hiding in the shoe I didn’t put on.

So, yes, spontaneous play has a lot to be said for it too!

Not all treasure‘s silver and gold, mate. – Jack Sparrow

Potential frequency of play: High (but you’d need an accomplice!)