Are children taught how to make flipbooks? I romantically have this notion that, bored in class with a pad of paper in front of them, they discover the flipbook by themselves by doodling progressively different scribbles in the corners of each sheet. Perhaps that doesn’t happen, but I like to imagine it.

I’ve resisted doing a flipbook for fear that it wouldn’t work. After all, presumably you have to be really precise with your drawings to get the eye to interpret it as a moving scene. They have (had?) loads of ‘in-betweeners’ to draw those frames between the key frames that define the action when they were making cartoons. Am I up to it?

As with so many play activities, my conception is way off the reality. In fact, as I try it I find that whilst I’m totally not producing very close approximations to the picture before, it’s actually pretty easy to create something that flows enough to be seen as movement. I go for the traditional stick man moving, and without a great effort I’m soon seeing animation in front of me.

I’ve always found it difficult to flick flipbooks in such a way that you don’t jump loads of sheets, or get stuck. This is still the case, but perhaps that’s part of the fun of it. The whole thing is a bit rough around the edges. But the joy of the experiment is to find that it works even so! 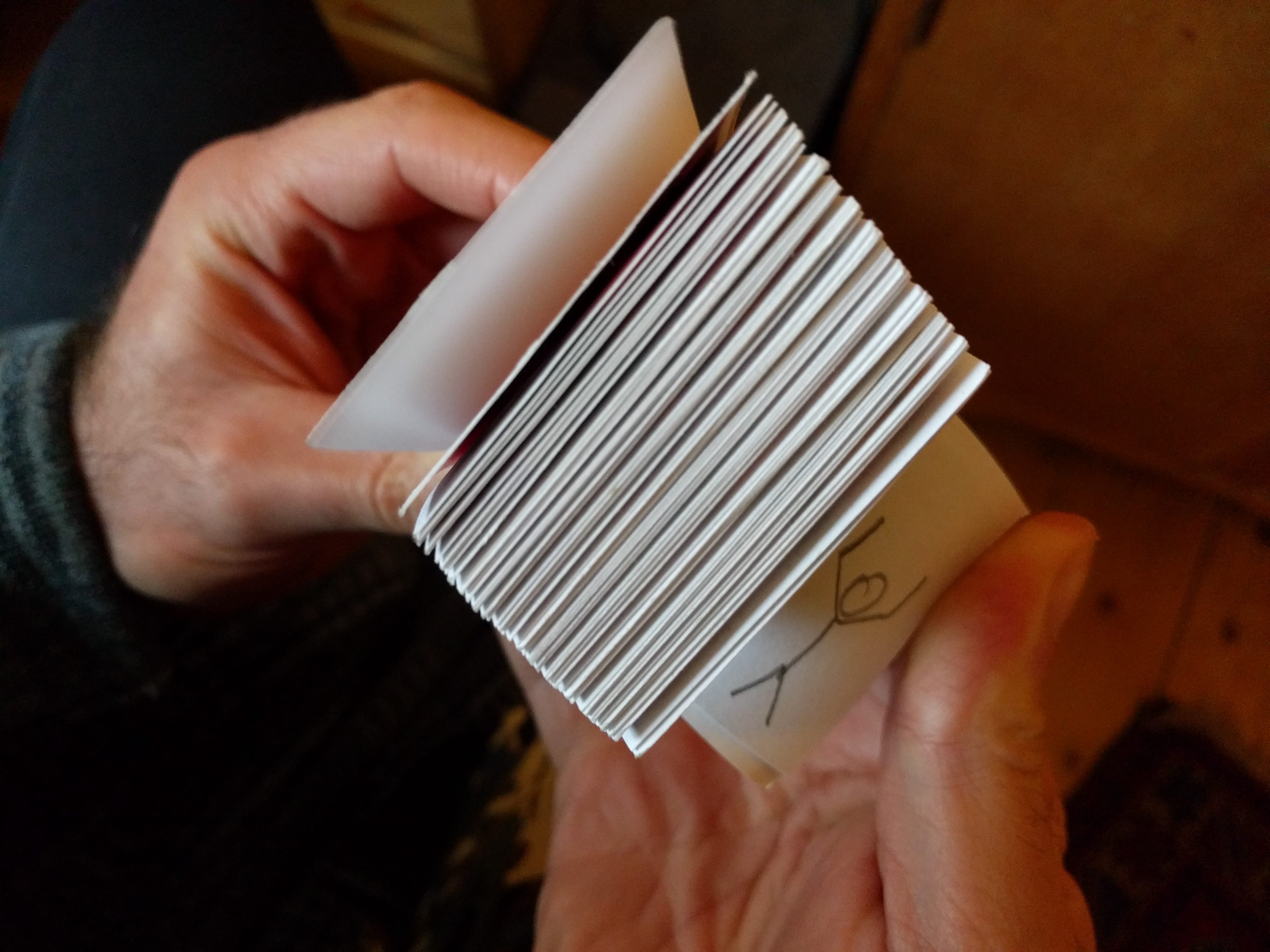 My father had a Super 8 camera when I was a kid and sometimes he would use it. I did some animation with it. I did a lot of flipbooks. – Michel Gondry