Day 76: Colouring in for mindfulness and play

This adult colouring-in craze has been remarked upon as reflecting the trend for mindfulness. But of course, mindfulness is SO last year. In fact, I’m pretty sure mindfulness was actually 2015: 2016 was surely Hygge. I say that it will become clear that 2017 is the year of Play. And surely colouring-in is as much about grown-ups playing as it is about being mindful!

I’ve not coloured in since I was much younger, and I don’t recall loving it – I’m not much of a ‘stay within the lines’ kind of guy. In fact, I tell a lie – in September someone did give me a colouring-in sheet, and I proceeded to scribble right across the borders like some crazed maniac. If I ever have to defend myself in court as not in control of my senses, I’ll point to this. So colouring: maybe not for me. 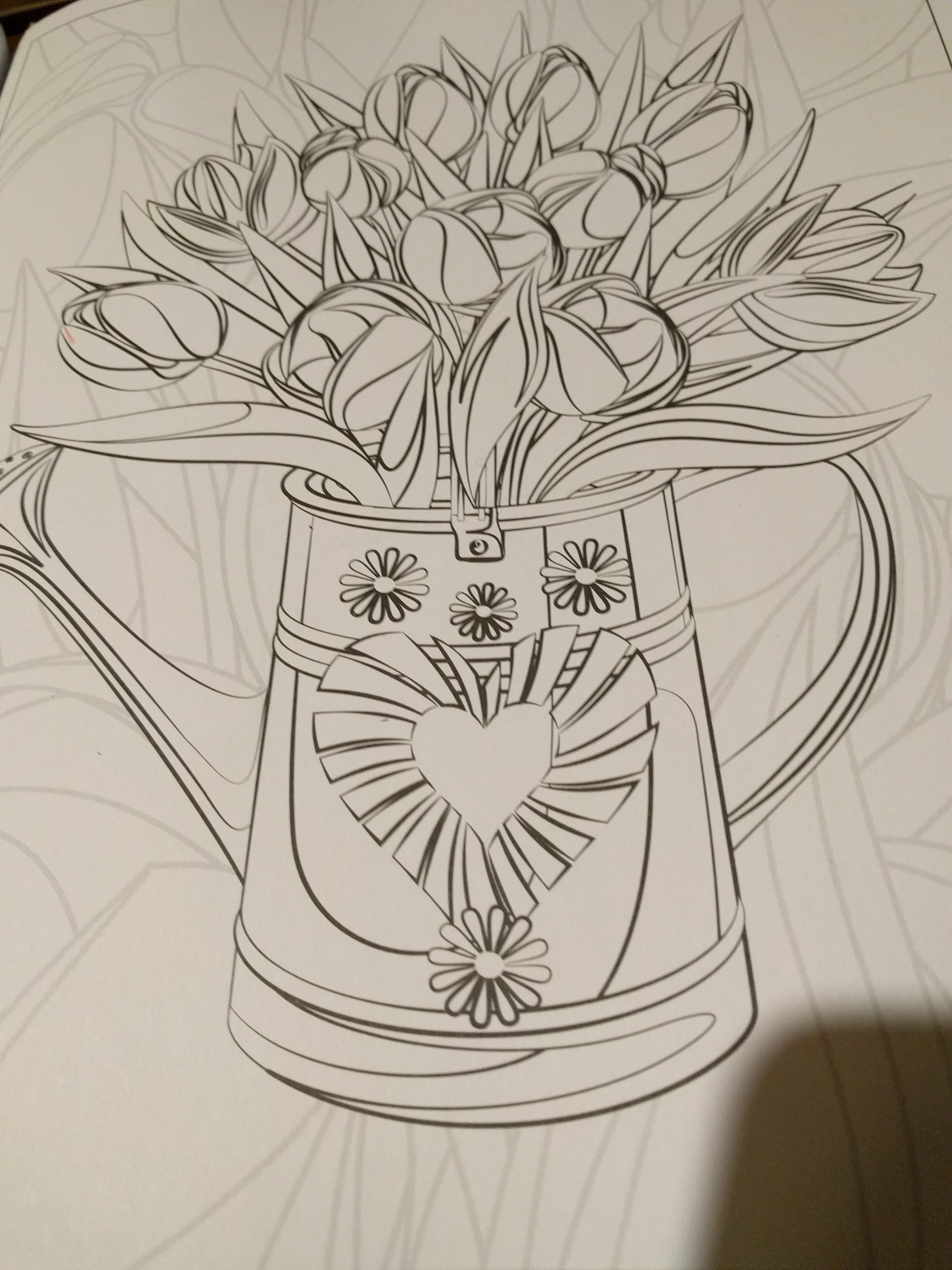 I select a drawing of flowers in a watering can. I’ll admit it: much of the effort was agony. For one thing, with the level of concentration it takes an interminably long time to do. This picture took over an hour, and surely I could paint a masterpiece in oils in that time. (Okay, I know I couldn’t.) I also find it very frustrating that I clearly can’t use different colours for every adjacent pairing, and that’s something I really really feel the need to be able to do.

But then, in the end, I stepped back and looked at it and felt – what it that – a sense of… achievement? The picture actually looked quite nice. Yes, I know I didn’t draw it, but I did select the colour-scheme. Maybe the effort was all worthwhile. But would I spend my free time doing this? I’m a long way from that! 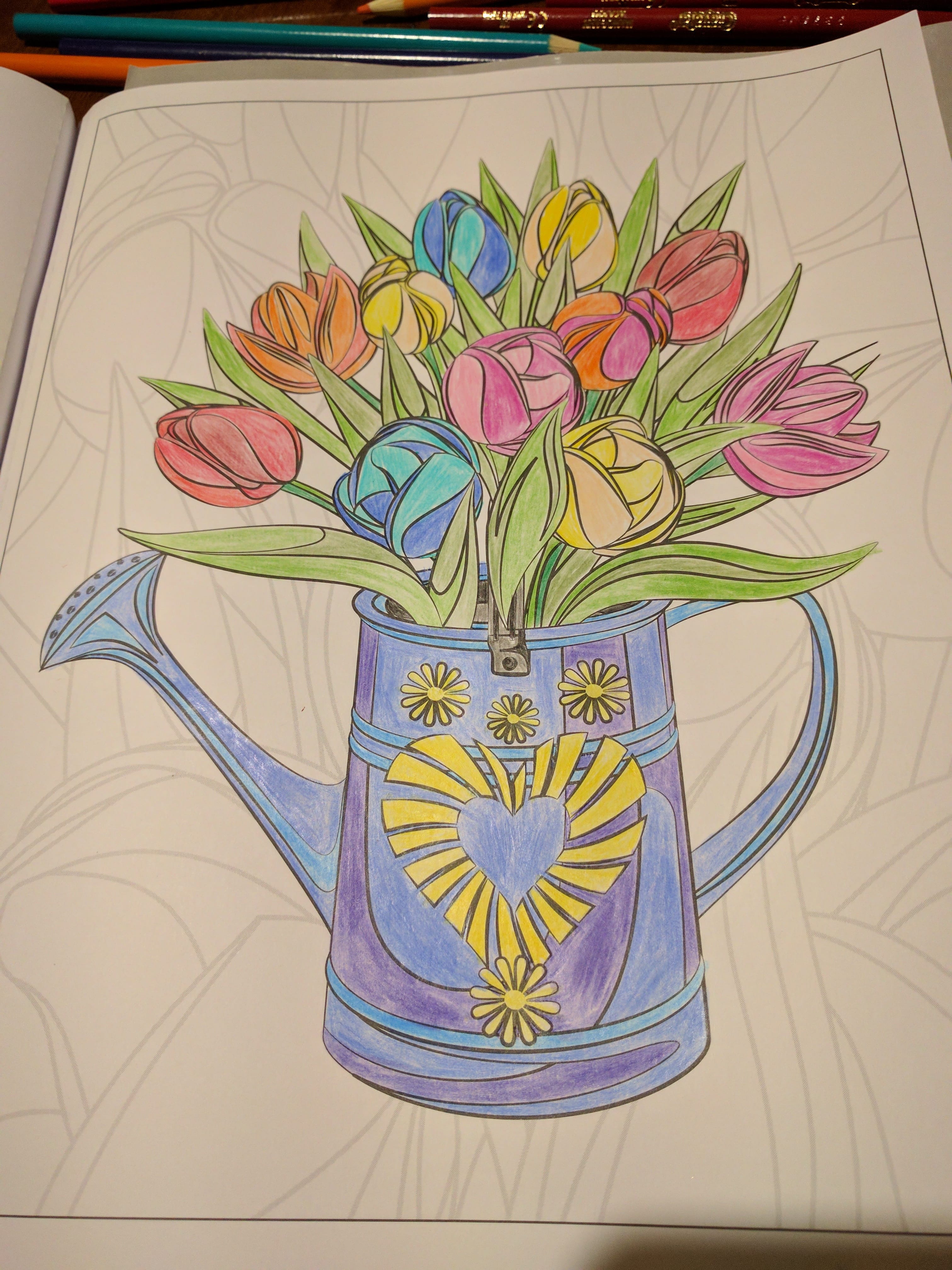