As part of KCL’s Arts and Humanities Festival, around the theme of Play, some members of the modern languages faculty created a number of games by mashing up childhood games from around the world. Think the Slovenian version of Grandma’s Footsteps crossed with the German version of Dodgeball. Then they added a language element to each, by expecting you to say various things in the local languages.

They invited kids and adults to play. Two-thirds of the way through I found myself having to text a couple of friends:

This is excruciating play. Six schoolkids (maybe year 6 or 7), a woman who won’t join in and me…

…badly thought out games in foreign languages that mash up multiple international games. And go right over the kids’ heads!

In truth, it was a pretty painful experience. Not least because only one other adult turned up, and refused to join in. And the games themselves were super-complicated to explain, and as intended involved memorising a whole short paragraph of Italian or German, which was way beyond the kids. 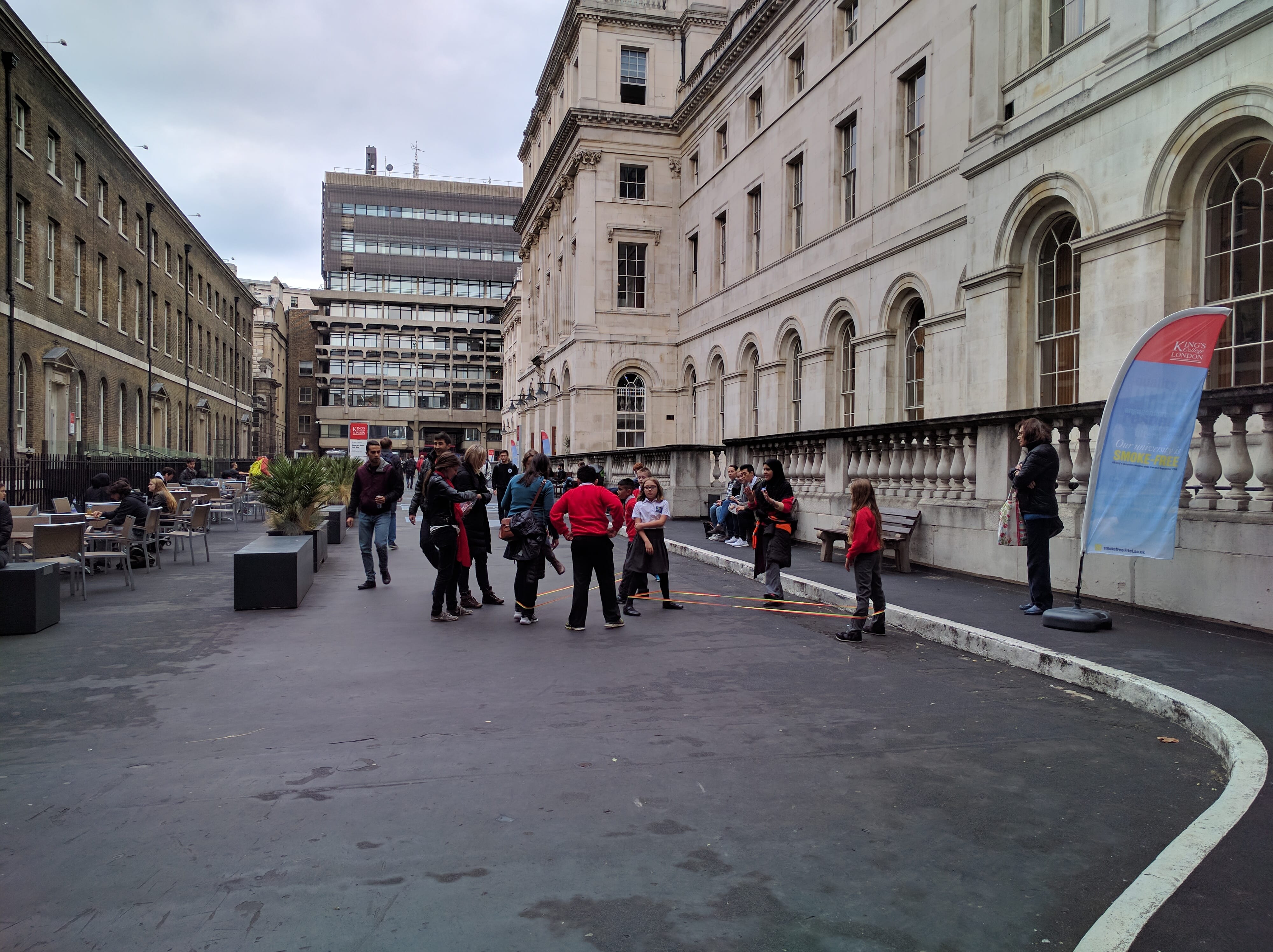 What was really interesting was seeing how the kids played together, and, interestingly, how quick and happy they were to let me and the people leading the session join in. They didn’t seem to pay any attention to the fact that we were more able to throw the ball, or chase around the yard, and happily let us join in.

Overall, therefore, an interesting, but not necessarily fun, experience.

Enjoyability: Low-to-Medium (for me)