Live-Action Role-Playing at the Tower

Things have come along some way since I last visited the Tower of London!

I’m wandering around and then suddenly a drum-beat is to be heard. I turn to see a drummer wearing costume who begins to call out. He’s warning us that the Tower is under threat, and that we’ve all been enlisted into the King’s garrison. Once gathered round, he tells us our mission: to defeat a number of invasions. 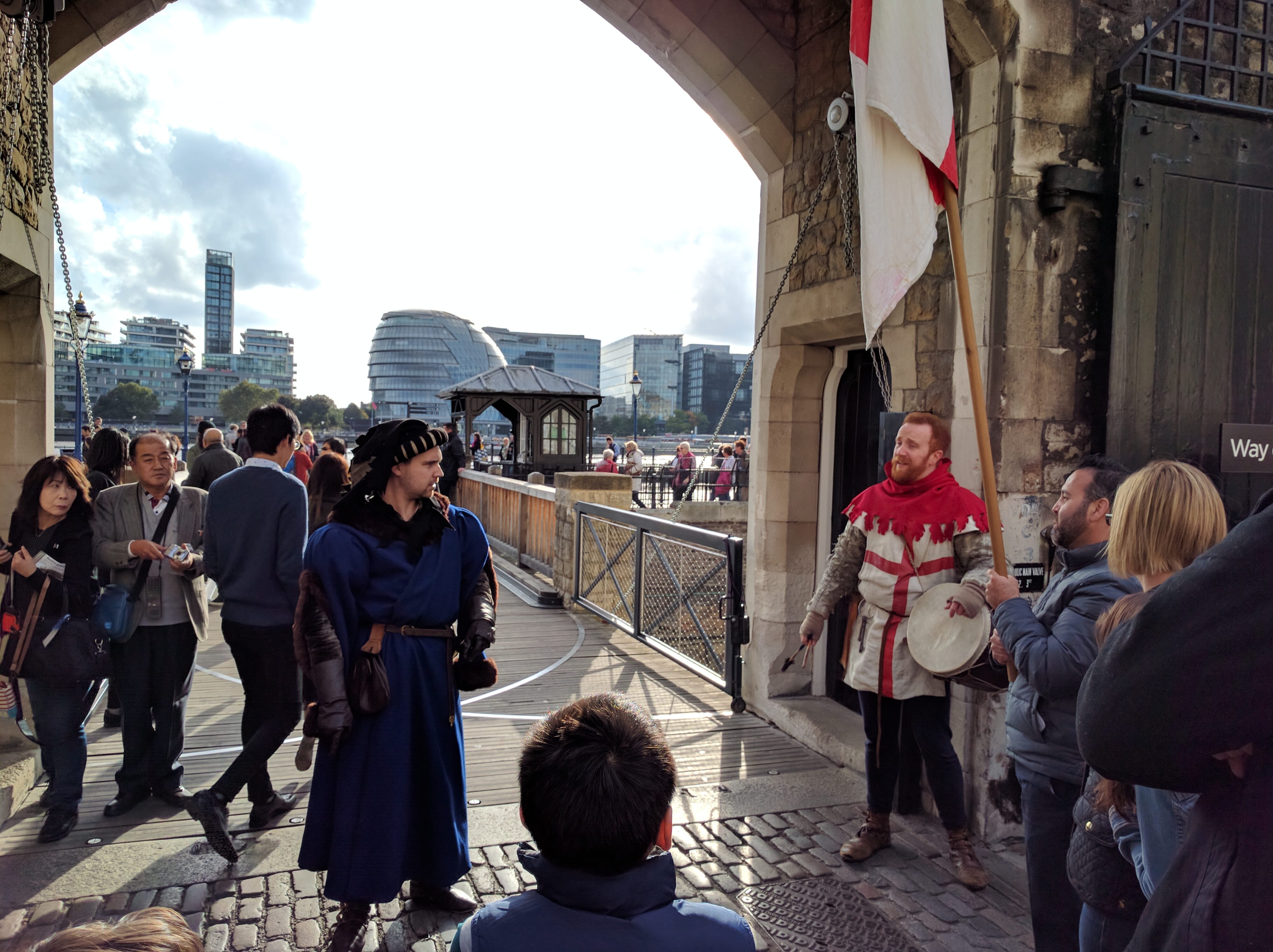 We proceed to march around the Tower, stopped on three occasions by the would-be invaders – and asked to predict whether we think the fortress will stand or fall. Some half-scripted, half-improvised banter ensues between the garrison captain and these invaders, and even some dramatic moments where, e.g., ‘rocks’ come crashing down from the siege engines.

Tourists – adults and children alike – get into the spirit, and it livens up an otherwise drab (weather-wise!) day. 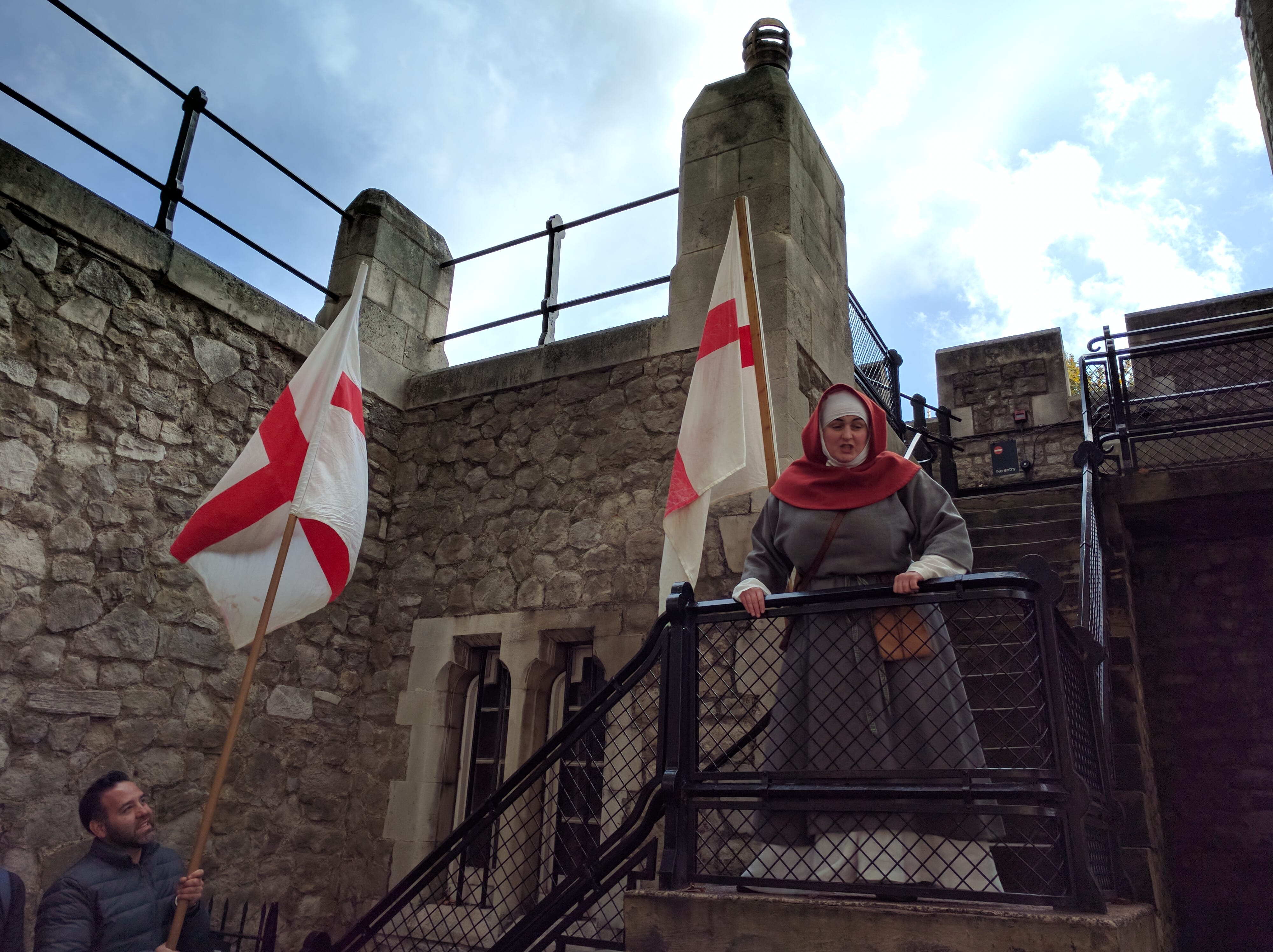 What do I learn? That done well, you really can get adults to join in. That yes, you can slip in some education along with the fun. And that play can help you to ‘reinterpret the landscape’, by getting you to take another look at how it is set up, by thinking what those contemporary to its design were hoping for (such as protection from invaders).

Three hundred years ago a prisoner condemned to the Tower of London carved on the wall of his cell this sentiment to keep up his spirits during his long imprisonment: ‘It is not adversity that kills, but the impatience with which we bear adversity. – James Keller 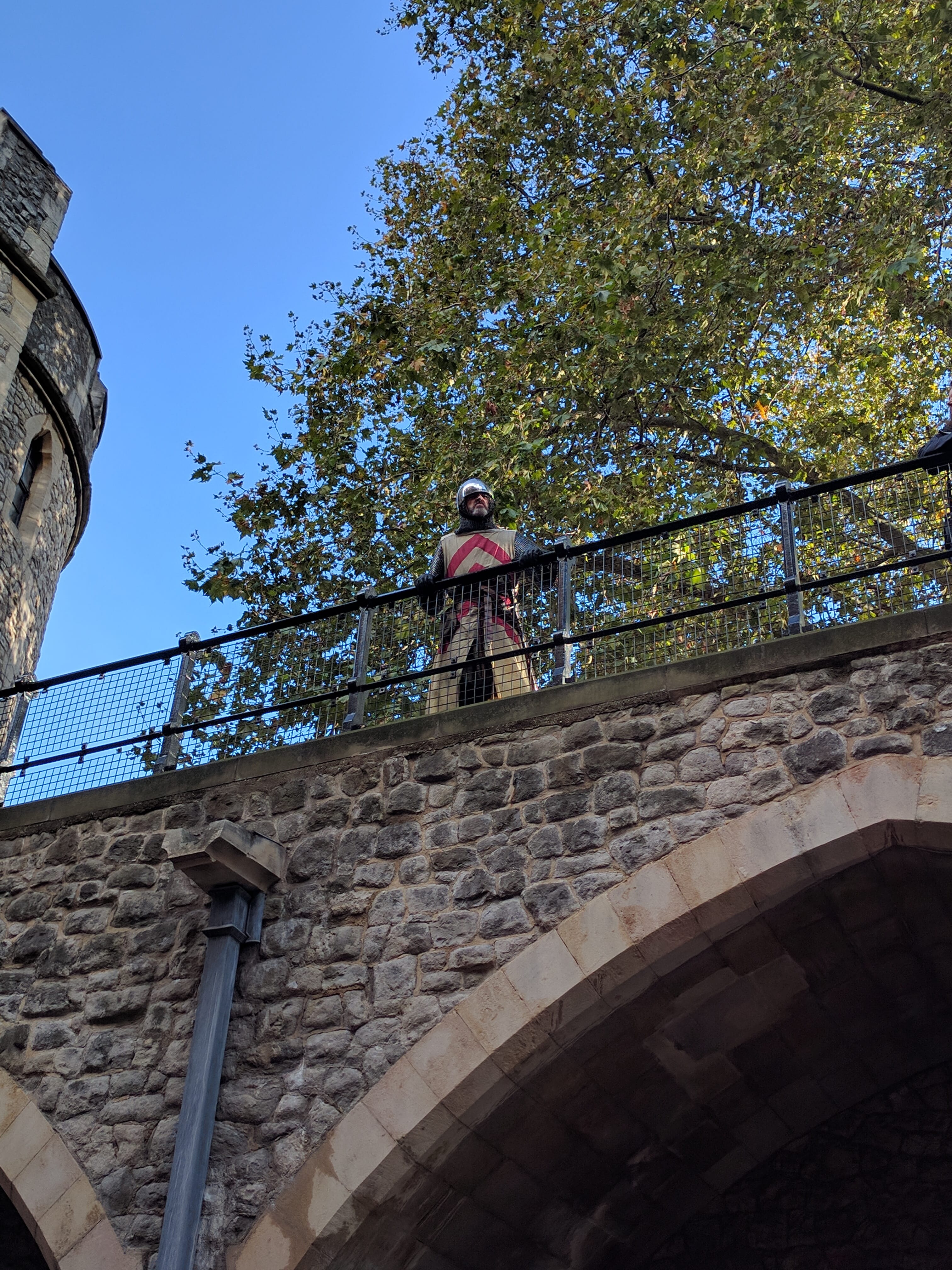 I particularly liked that this was introduced ‘spontaneously’, rather that being (or my happening upon it) at a scheduled moment. It really helped to be drawn in and embrace it.