It’s Day 1 of my 100 Days of Play, and I started good and traditional, with a couple of entry-level games: Settlers of Catan and Type Trumps (yes, that’s a font-themed version of Top Trumps!).

Don’t worry: as the days and weeks progress there will be plenty that isn’t a game, but weird and wonderful types of Play.

First up: Settlers of Catan 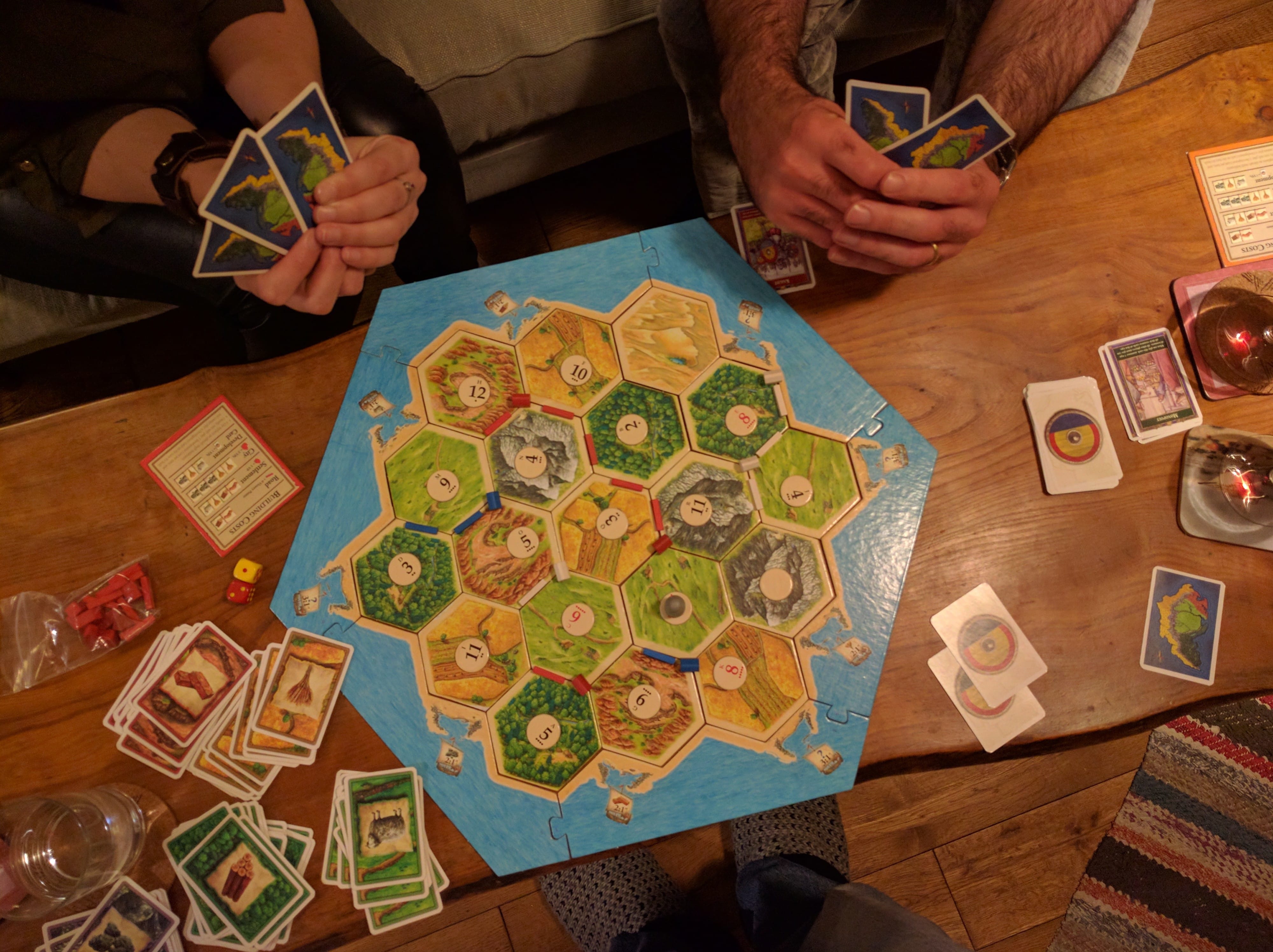 European-style game aficionados will be well-familiar with Settlers of Catan. Easy to learn and play, but still with a good degree of complexity and re-playability. It was completely new to Sophie, though she swung into an early lead. Only by stealing her longest road did I reach ahead, and then it was a war of attrition to find an eventual winner.

There ain’t no sheep for the wicked. And wool, it don’t grow on trees – @catanquotes

Potential frequency of play: Low-to-Medium (unless you’re a real fan)

Next up: Type Trumps 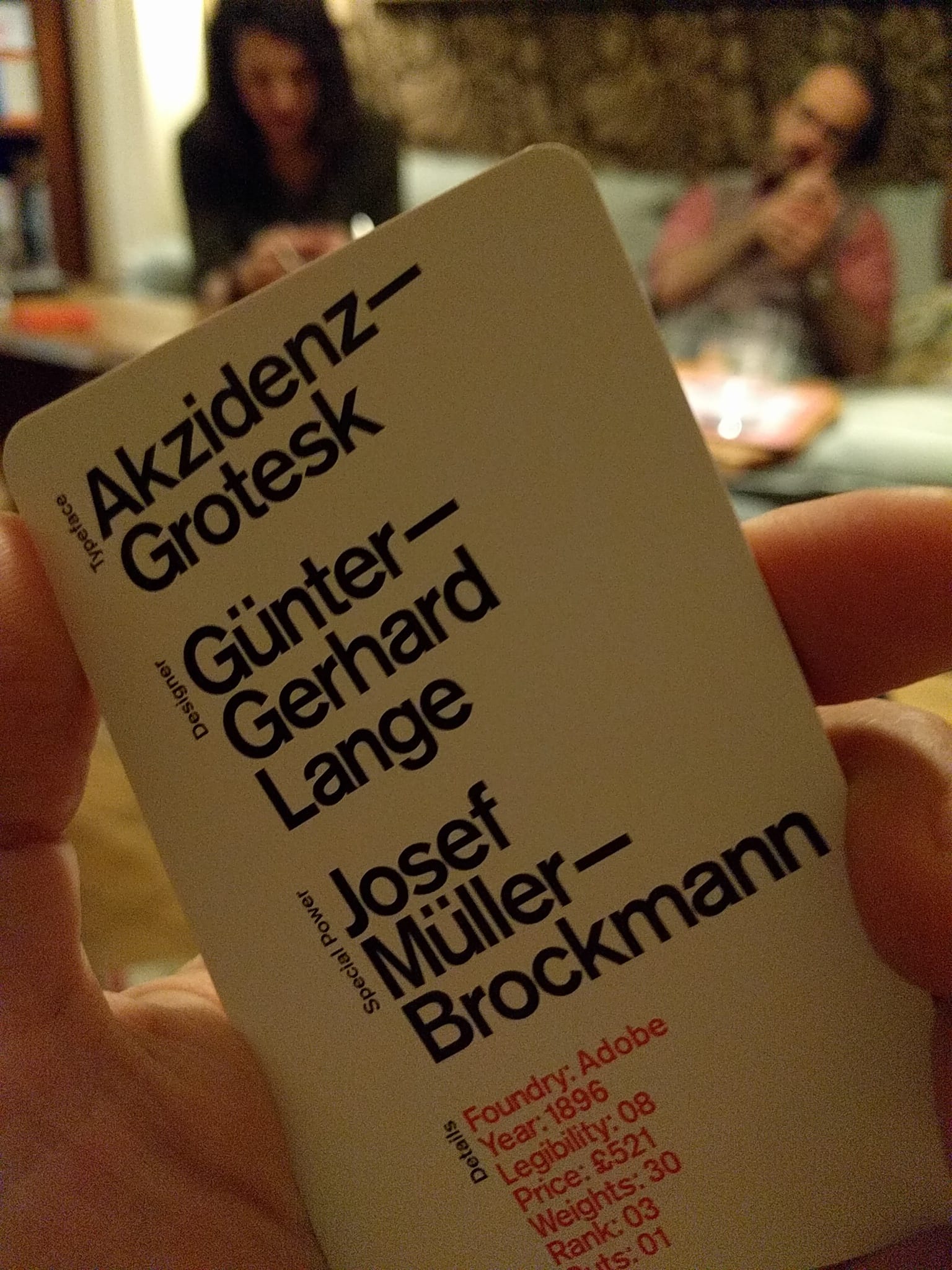 Type Trumps is a font-themed set of top trumps cards, with the added fun of each card being rendered in the font it describes – with the legibility or lack-thereof that that entails! You’re right: Price would be the right attribute to select with this card!

It has an additional element of fun in that cards have special powers, and you get to debate which of those wins in any particular match-up.

It’s impossible to google for quotations about Top Trumps right now. All you get are top ten lists of things that Donald Trump has said that are appalling / racist / sexist / etc.

Potential frequency of play: Low (it’s kinda a one-trick pony of a game)