Day 72: Choosing my own adventure

Looking around the bookshop I was seeking out a Choose Your Own Adventure book. Sadly, they didn’t seem to have any, and it makes me wonder if they even still exist. I guess smartphone RPGs have taken their place. There were a couple of Steve Jackson Fighting Fantasy books, but it’s against my principles to buy ones reliant on rolling dice. Because who actually ever did roll the dice?

But what I did find was a ‘secret mission’ picture book, where I had to survive a medieval castle and uncover the kidnapped / about to be kidnapped knight. Hidden clues, find-the-object and coded messages were to be found on each page. 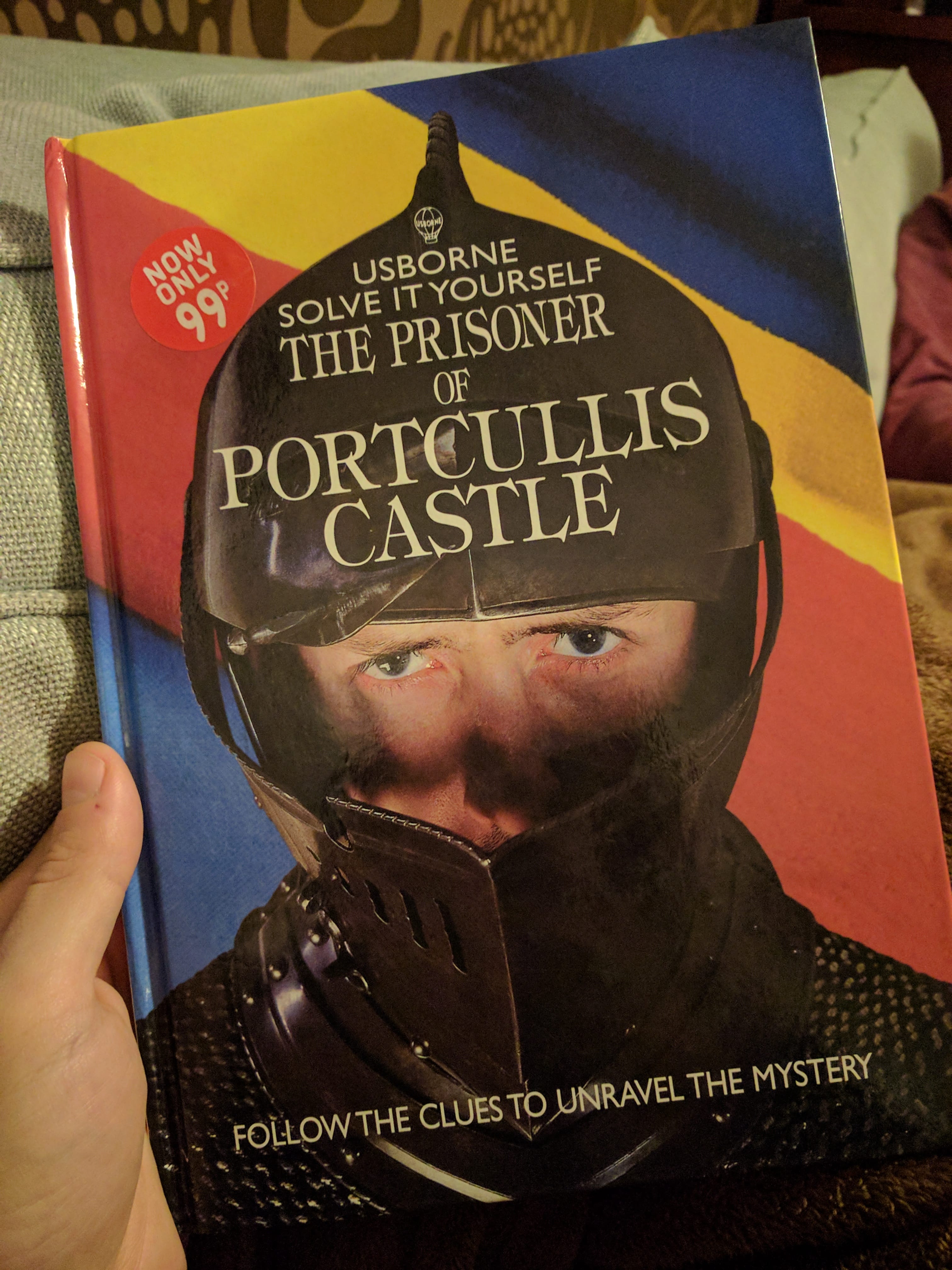 I think I’d have loved this book when I was a kid. There were still a couple of bits I found a tiny bit difficult, though it was always pretty clear as an adult what they’re looking for (aha, search back through previous pages to find mention of a dragon, etc.). I’d have spent a good while seeking out the solutions when I was smaller.

Overall, though, I can see why these don’t keep up with the fast-paced younger generation. If I were doing it right now, I’d presumably be snapchatting my pals for the answers to anything that took more than a minute to work out. And when I realised none of them were reading the same book, I’d probably throw it away like it was infected. It’s a pity, though. 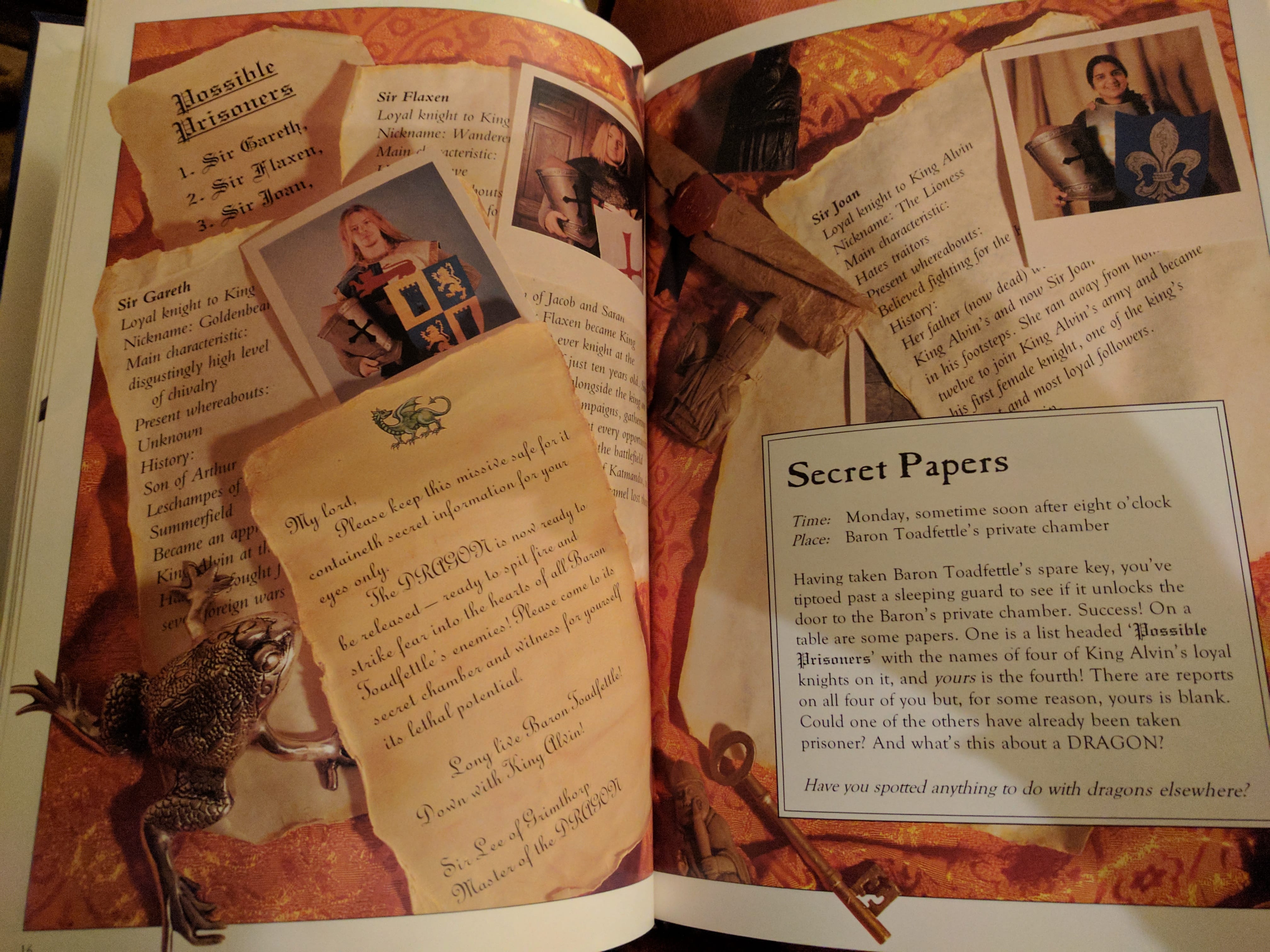 Ghost stories and Sherlock Holmes mysteries were great. And I had a major soft spot for those ‘Choose Your Own Adventure’ books. – Ransom Riggs